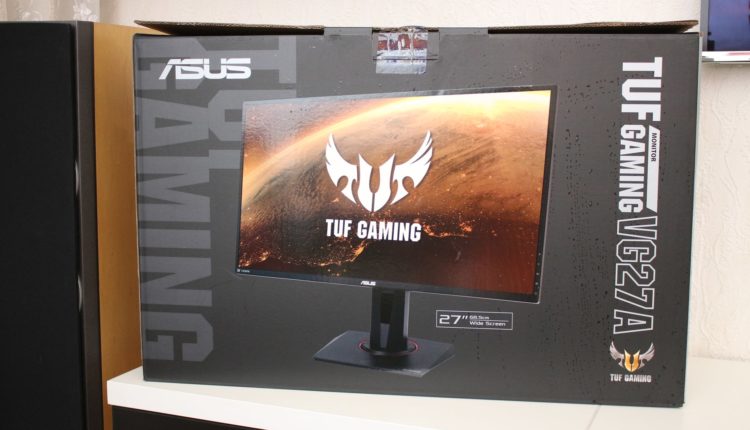 After the Asus TUF Gaming VG27AQ monitor went on sale, Internet resources began to extol the novelty. Moreover, the authors took most of the information from the official website of the manufacturer. Such extensive advertising led to the purchase of this monitor. As a result of testing, many shortcomings were discovered, for which review authors for some reason kept silent. Either they copied the text from the official website, or the articles were paid for by stores. 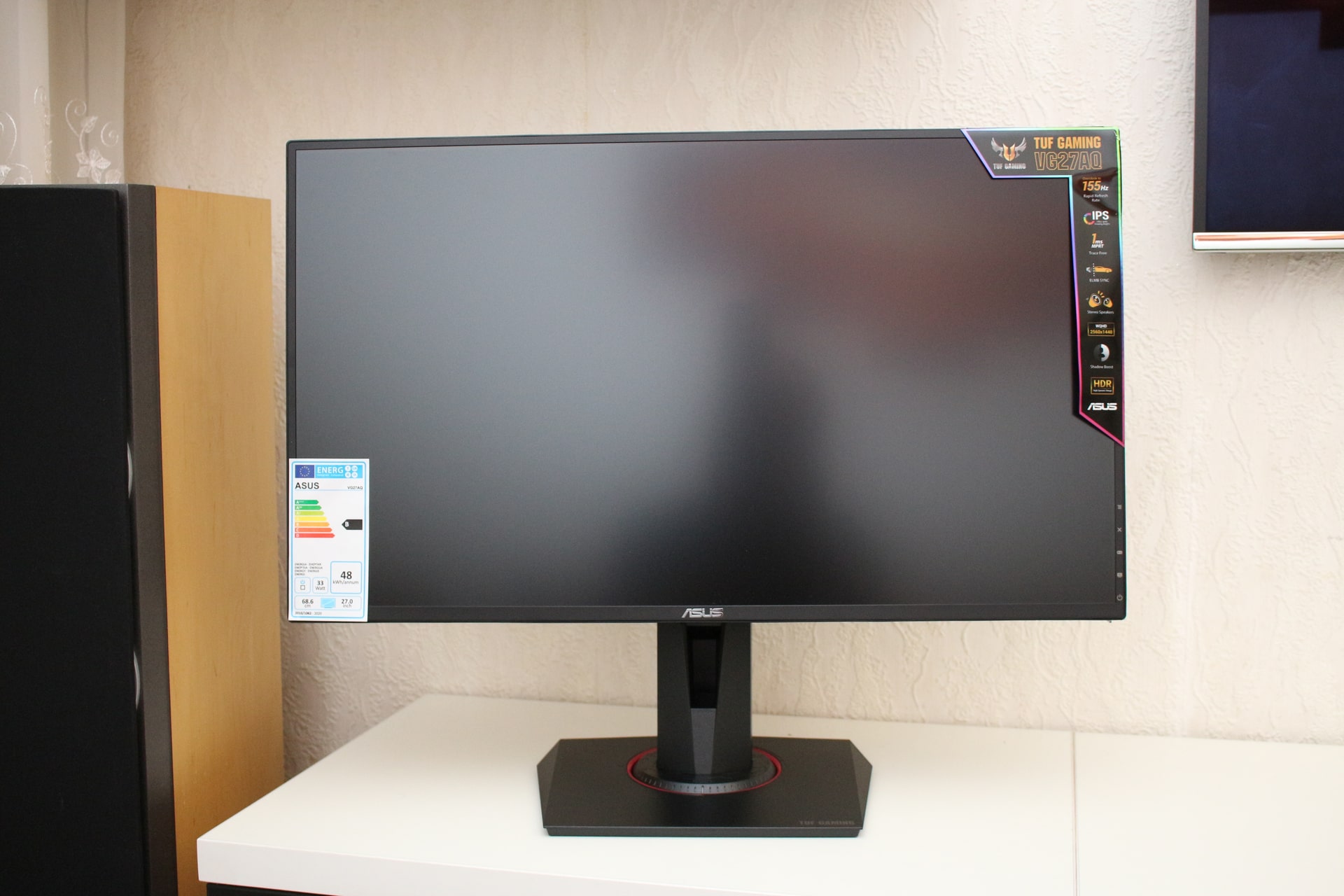 In our review, we will be as honest as possible with readers - we will share our first, second and third impressions. If someone has questions, there is Disqus at the bottom of the article - write there.

Among all monitors on the market with a refresh rate of 165 Hz, this is the most affordable solution. The display with IPS matrix and resolution 2К (2560х1440 pixels) shows an incredibly colorful and pleasant picture. Excellent viewing angles, contrast and brightness. There are no questions regarding the quality of the screen. Done, in conscience. 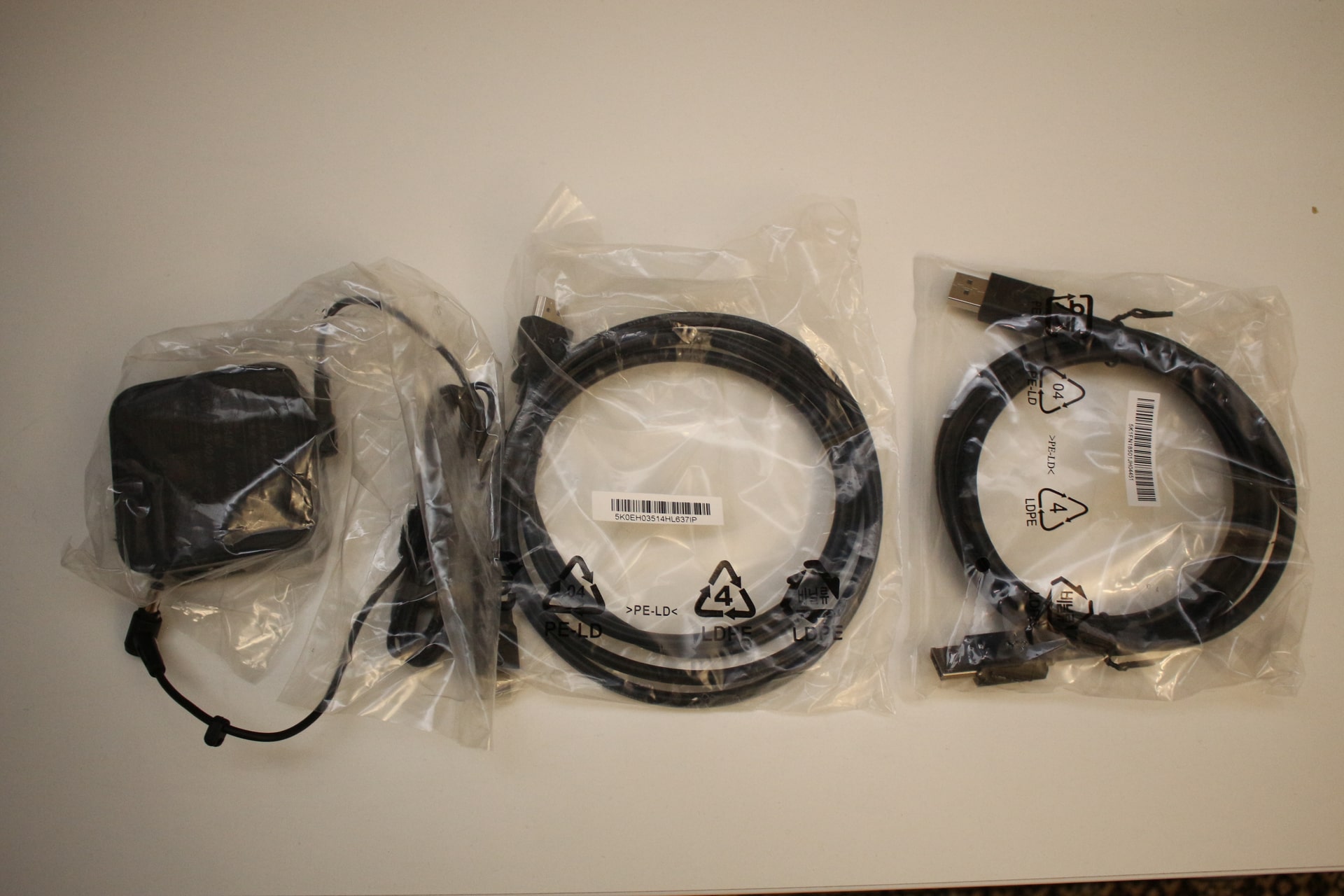 The monitor comes with 2 cables (HDMI and DisplayPort). Although the manual says that the cables are bought separately. It’s strange. Pleased with the remote power supply. There is a VESA mount. It is not clear why it was so complicated design of the stand. It takes a lot of time to disassemble. 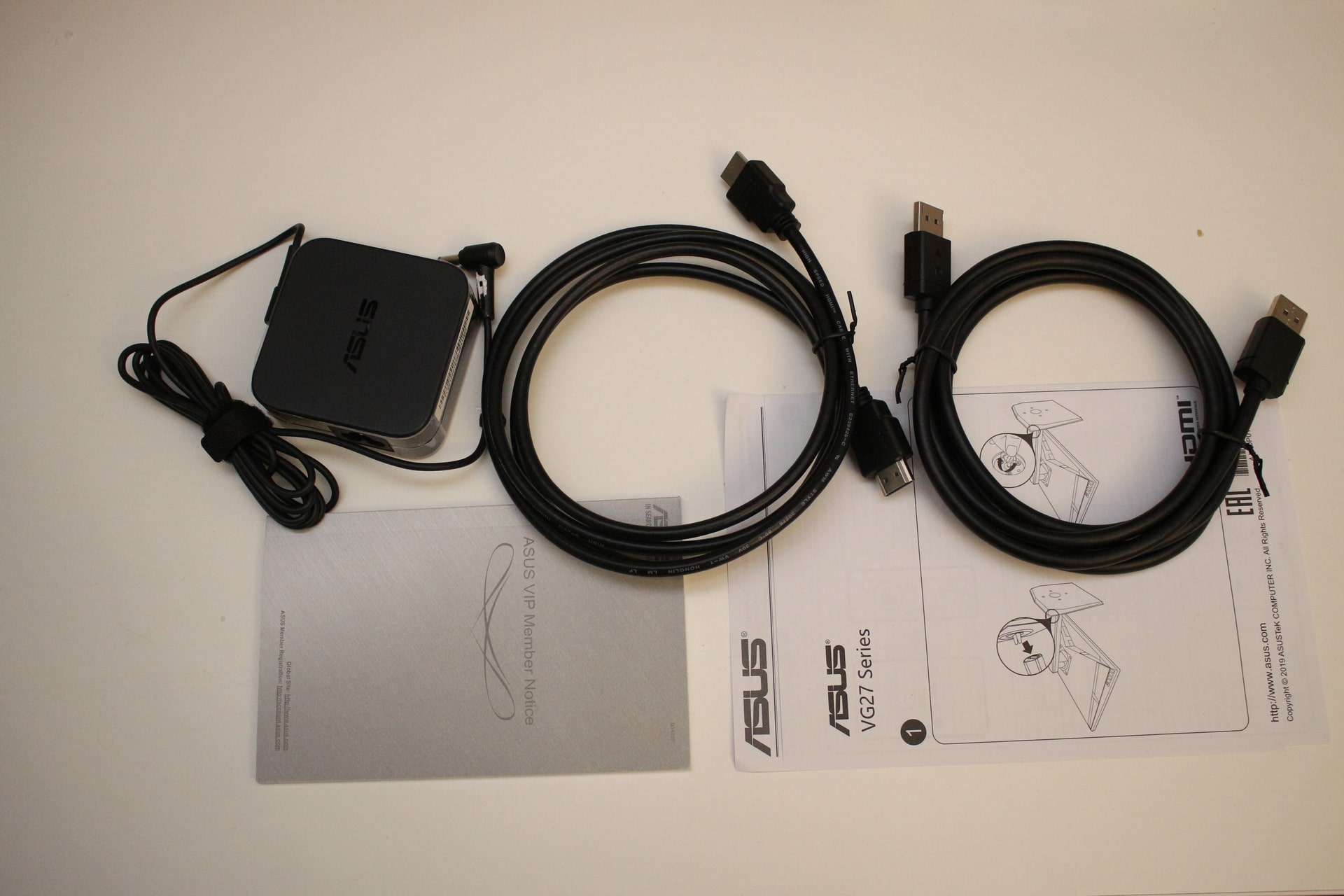 The monitor control menu is well implemented. Abundant functionality that can fully control the signal transmitted to the screen. There is even overclocking pictures to 165 Hz and a blue filter. 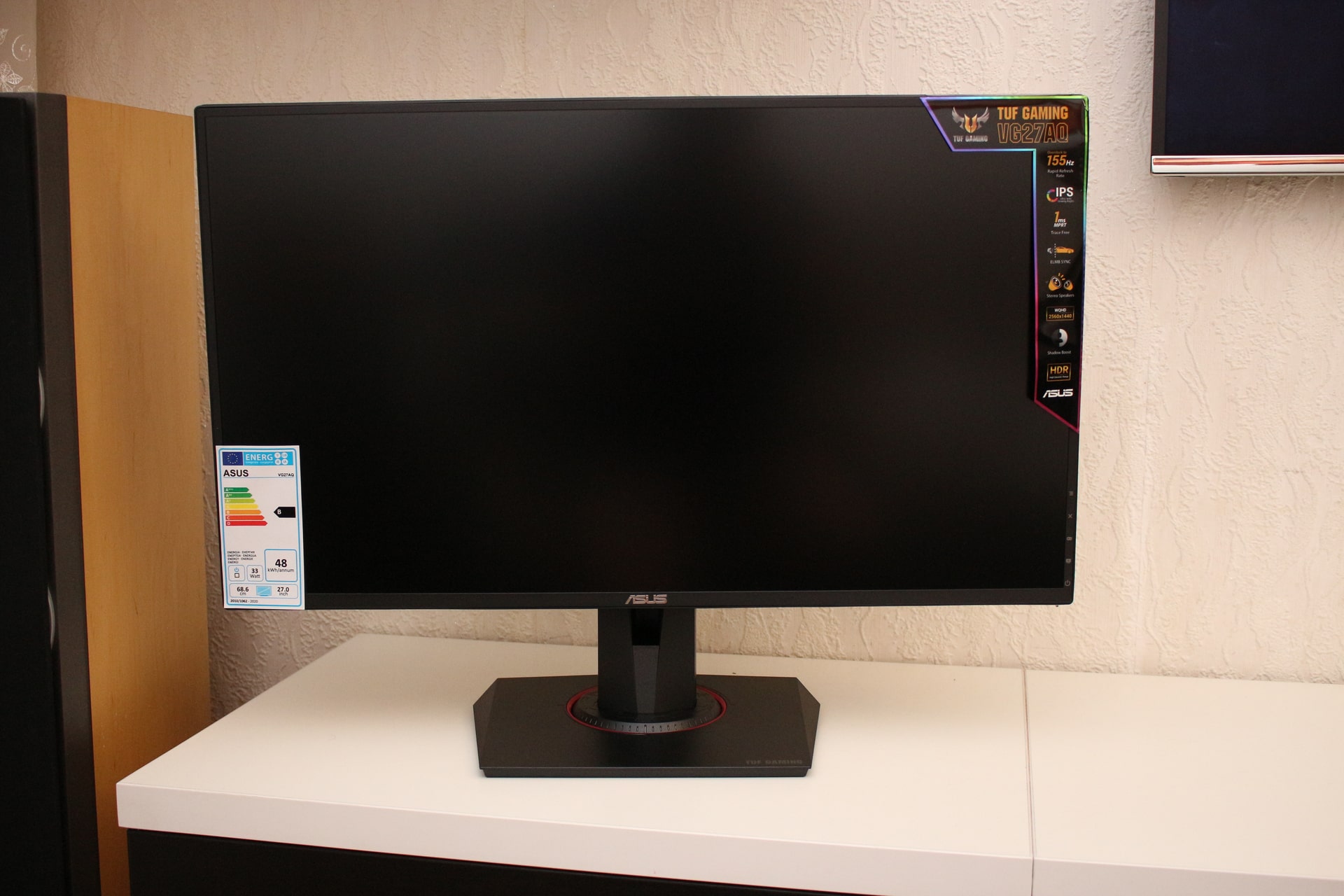 The declared response time 5 ms is confirmed. No artifacts or loops on the screen were noticed during testing in races and shooting games. To play and work behind the monitor is very nice. 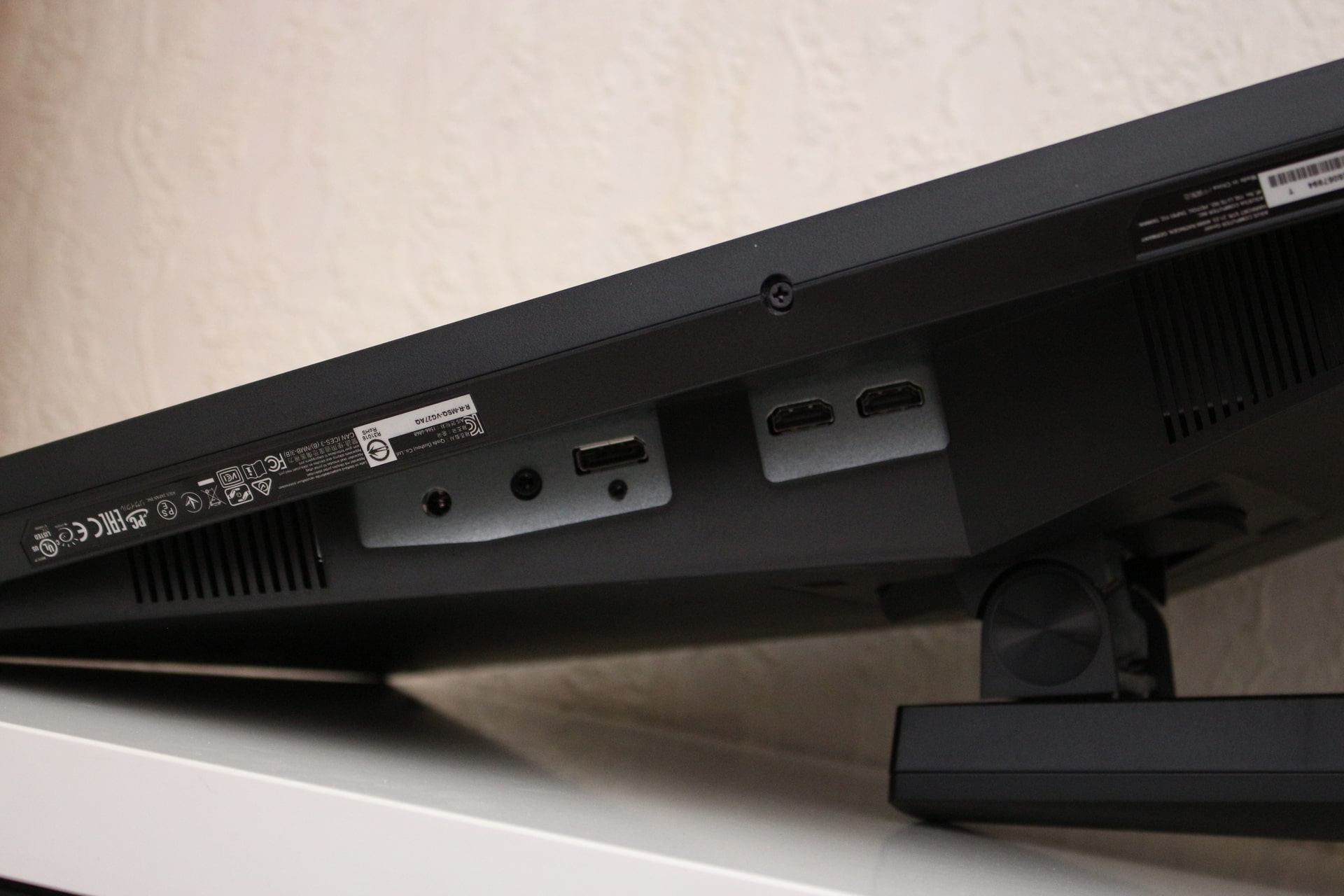 Any buyer, first of all, by connecting a monitor, climbs into the settings. To set your 165 Hz and get that unforgettable burst of energy from self-satisfaction.

But there it was!

The Windows operating system (in our case, the licensed 10 64 bit) has identified our monitor as a “Generic PnP Monitor”. And it offers us the maximum value of the refresh rate - 144 Hz. 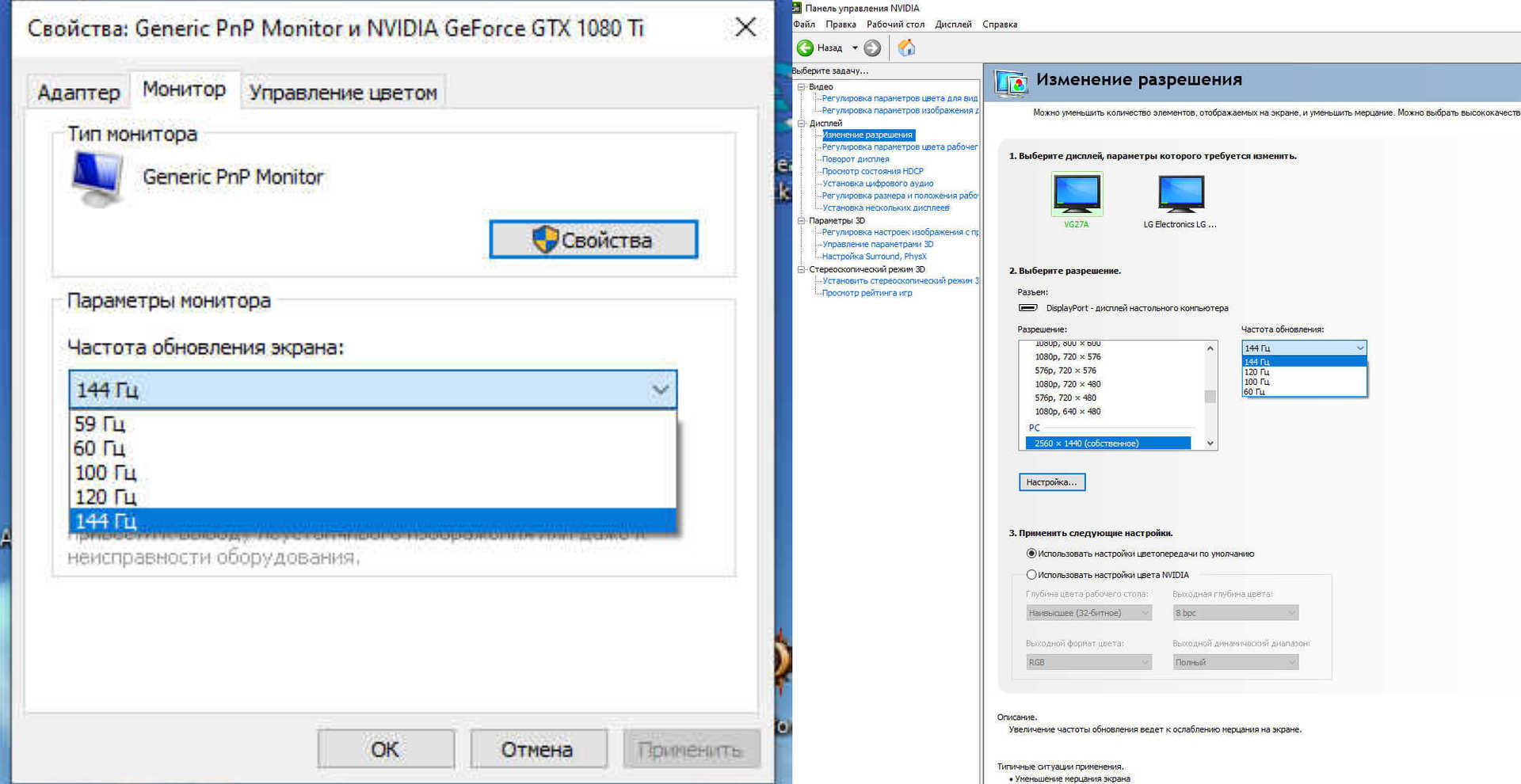 Okay. Go to nVidia settings. Display, resolution change. And we see that the application identified the device ID - VG27A. But, for native resolution 2560x1440 (Display Port) is also the maximum value of 144 Hz.

We go to the official website of Asus. We find our Asus TUF Gaming VG27AQ monitor, and we find an empty field in the "drivers and utilities" section. Okay. We register the officially purchased product on the site and write in technical support. The guys answered quickly, but did not give a positive result. According to the manufacturer, the monitor should be provided by Microsoft. 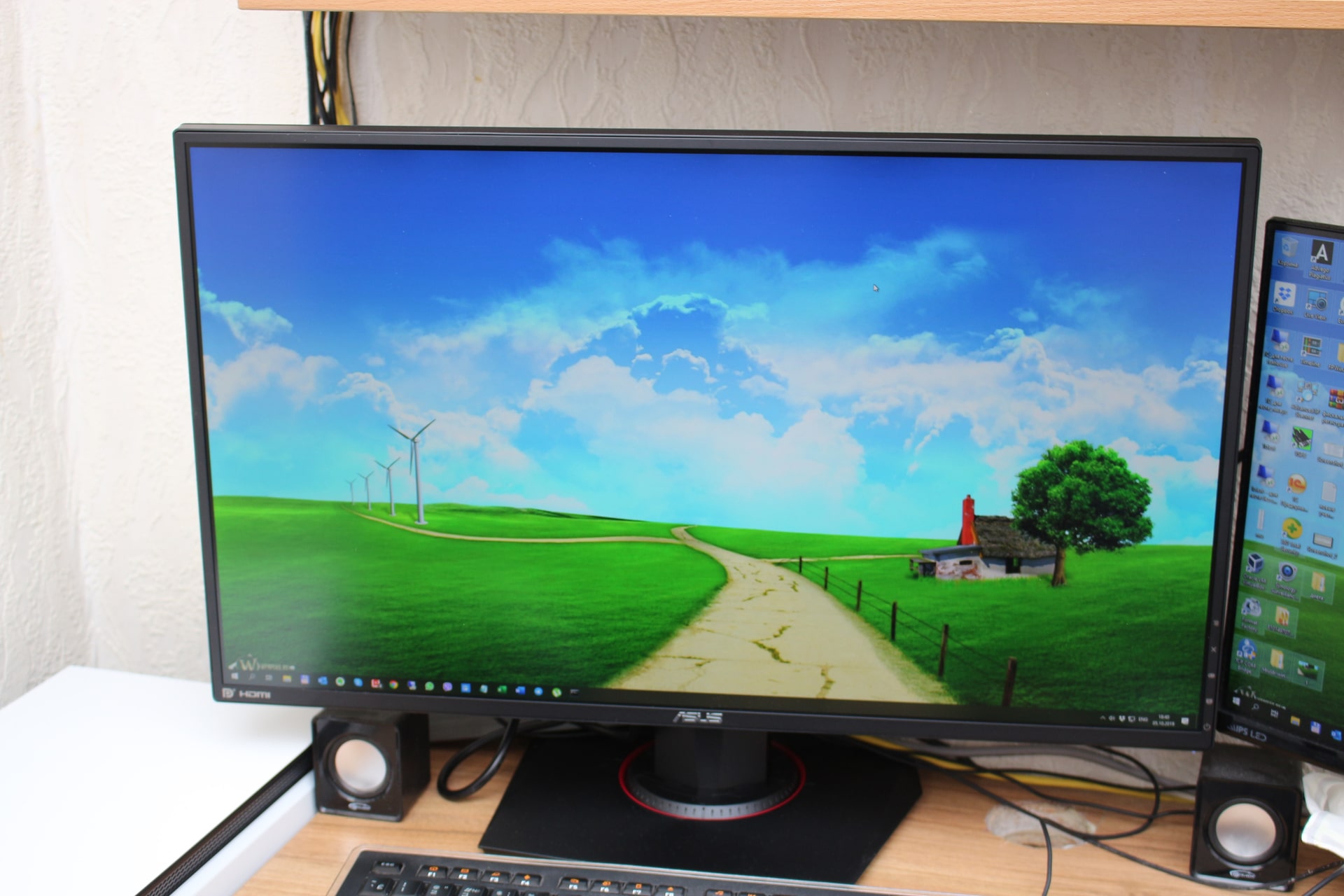 Let's go on the negatives further! 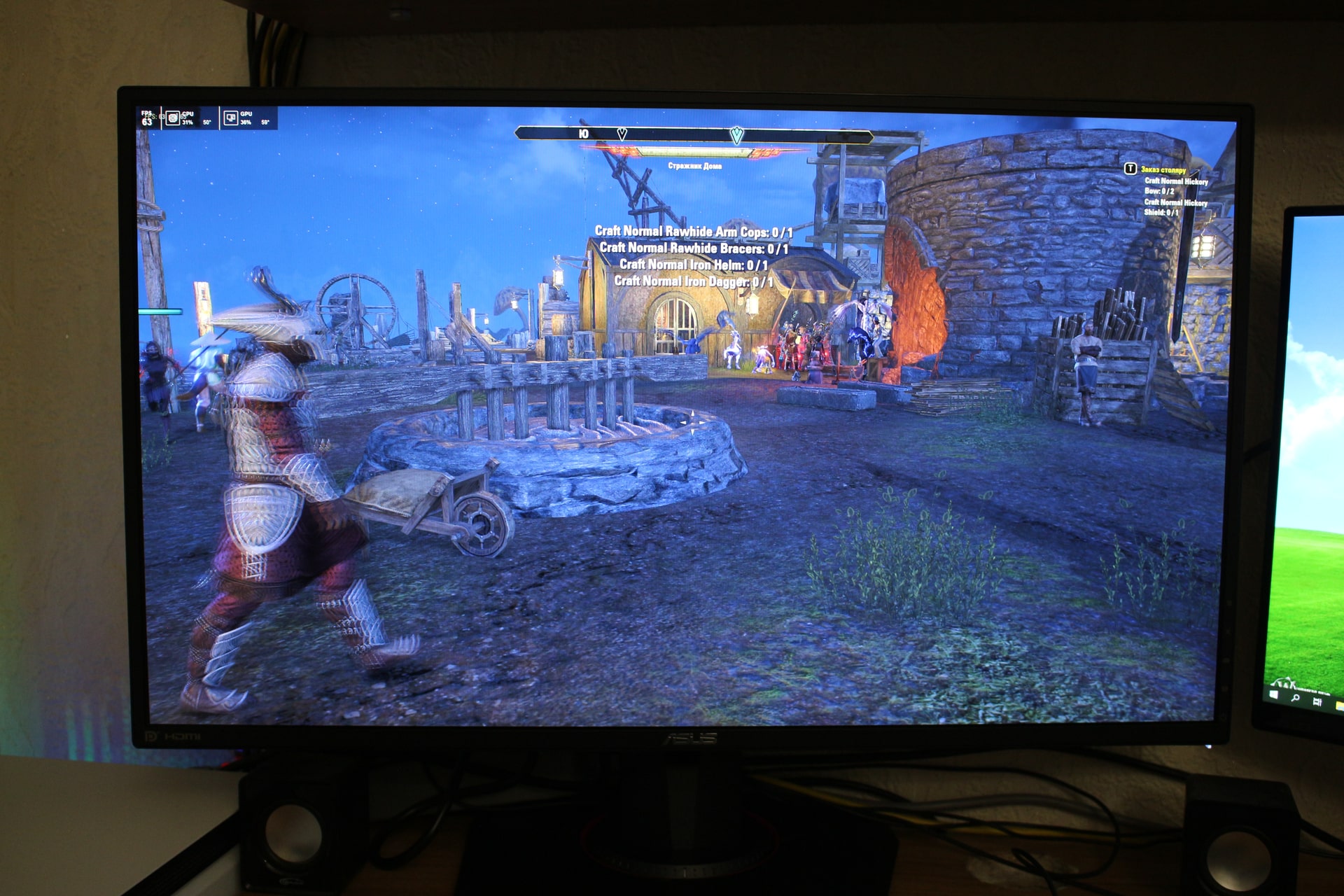 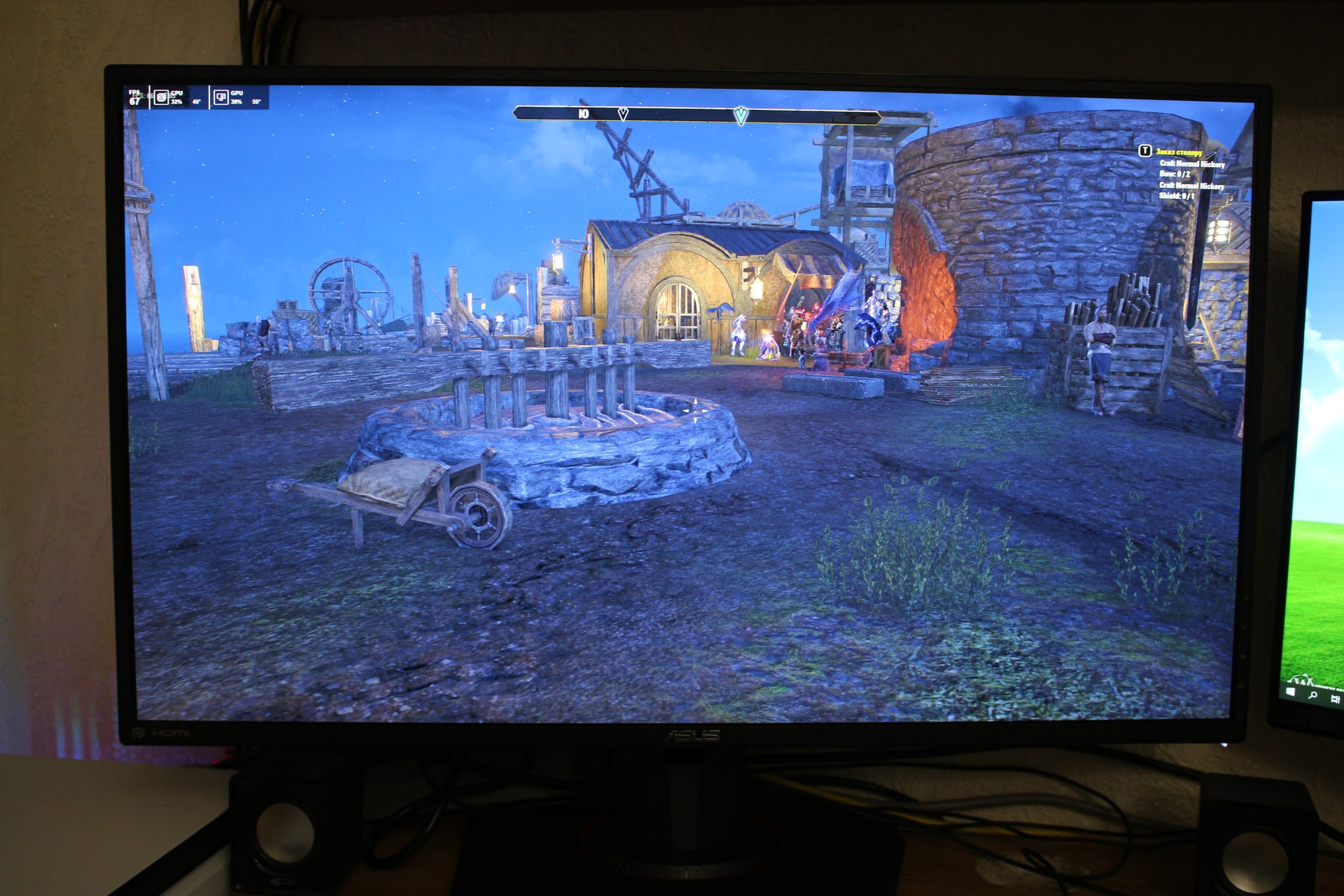 In general, the opinion about the product was twofold. A chic screen with a perfect image, design and abundant settings. And the incomprehensibility with the drivers. The problem is not hardware, so we are waiting for an update to Windows 10. The terrible sound and low frame rate in displaying images in games is a fly in the ointment. In general, decide for yourself - to buy or wait for new models in the monitor market. 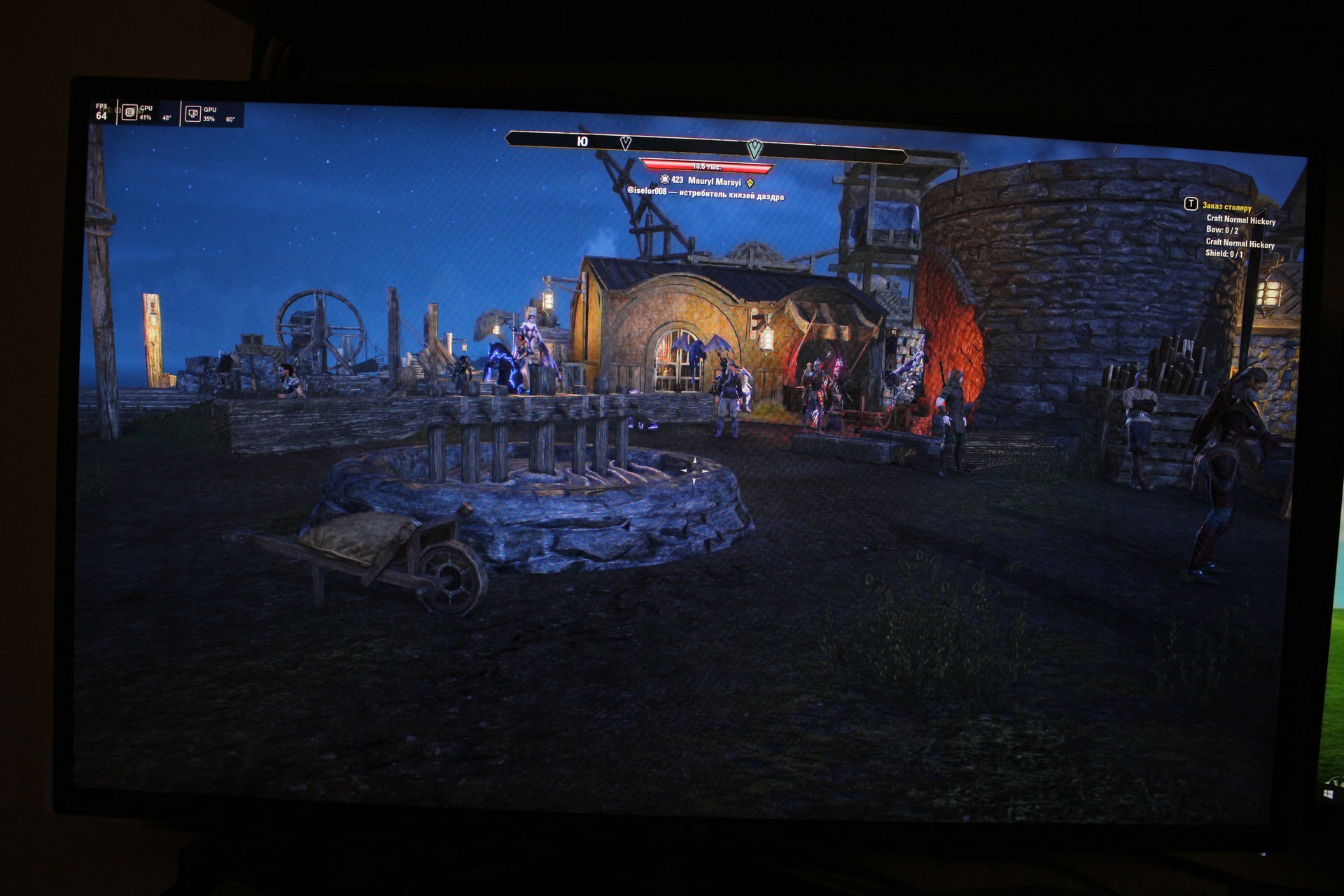 Important! Addition! A toggle switch for 165 Hz has been found!

Having fully studied the instructions, and not finding any mention of 165 Hz, we began to study the menu of the monitor itself. We turned on all modes in a row and checked the required frequency in the settings of the video adapter (from the drop-down list). As a result, they found how to tell the computer that we have a modern monitor.

If you enable Over Clocking mode in the settings, the choice of the required frequency appears immediately in the nVidia panel. It is a pity that Asus did not write about this in the instructions. 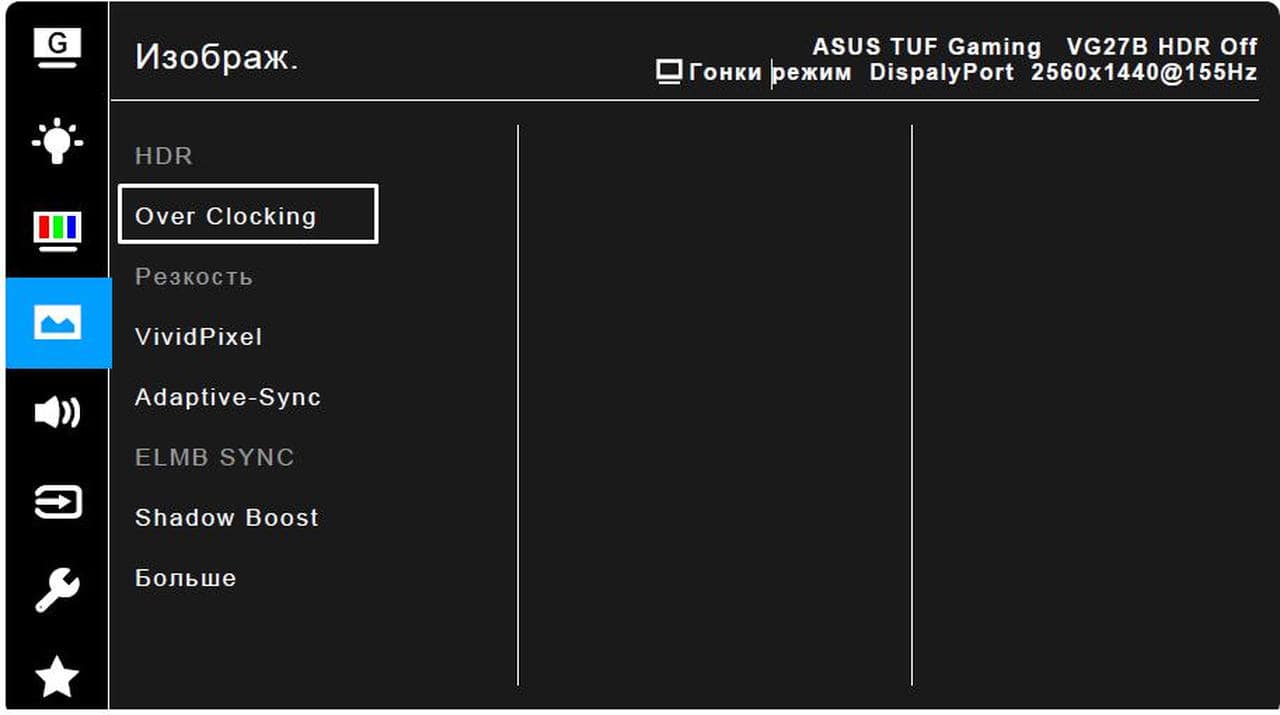 X96 LINK: TV box and router in one device