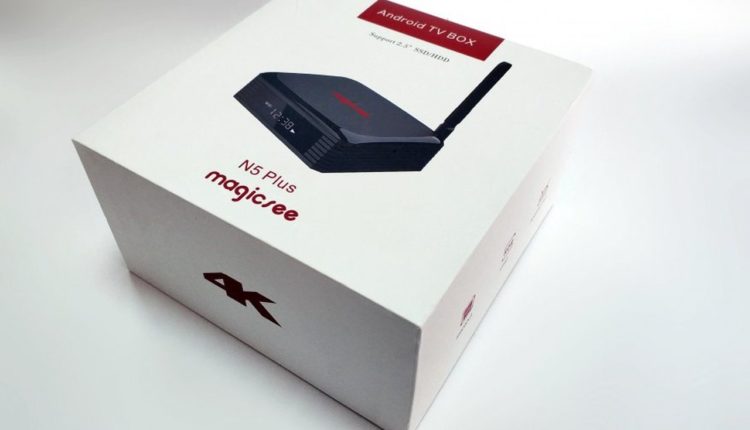 Another creation on the 4K market of media players was introduced by the famous Chinese brand Magicsee (Shenzhen intek technology Co., Ltd). The company has been very successful, starting with the 2007 of the year, in the global market. In the budget segment, the brand offers very high-quality and functional surveillance cameras, universal remotes and virtual reality glasses. Therefore, the Magicsee N5 Plus TV box immediately caught the eye of the consumer.

Technozon has already released a video review for the console:

The channel links to other reviews, contests and stores, you will find below. For its part, the news portal offers to get acquainted in detail with the prefix in the material presented. Specifications, photos and descriptions are included.

Classic cardboard packaging made of dense material does not surprise anyone. The Chinese firmly know that their product will certainly be transported to the buyer in every possible way. Therefore, hedged. On the top face there is a photo of the prefix, bottom and sides - technical specifications are indicated. 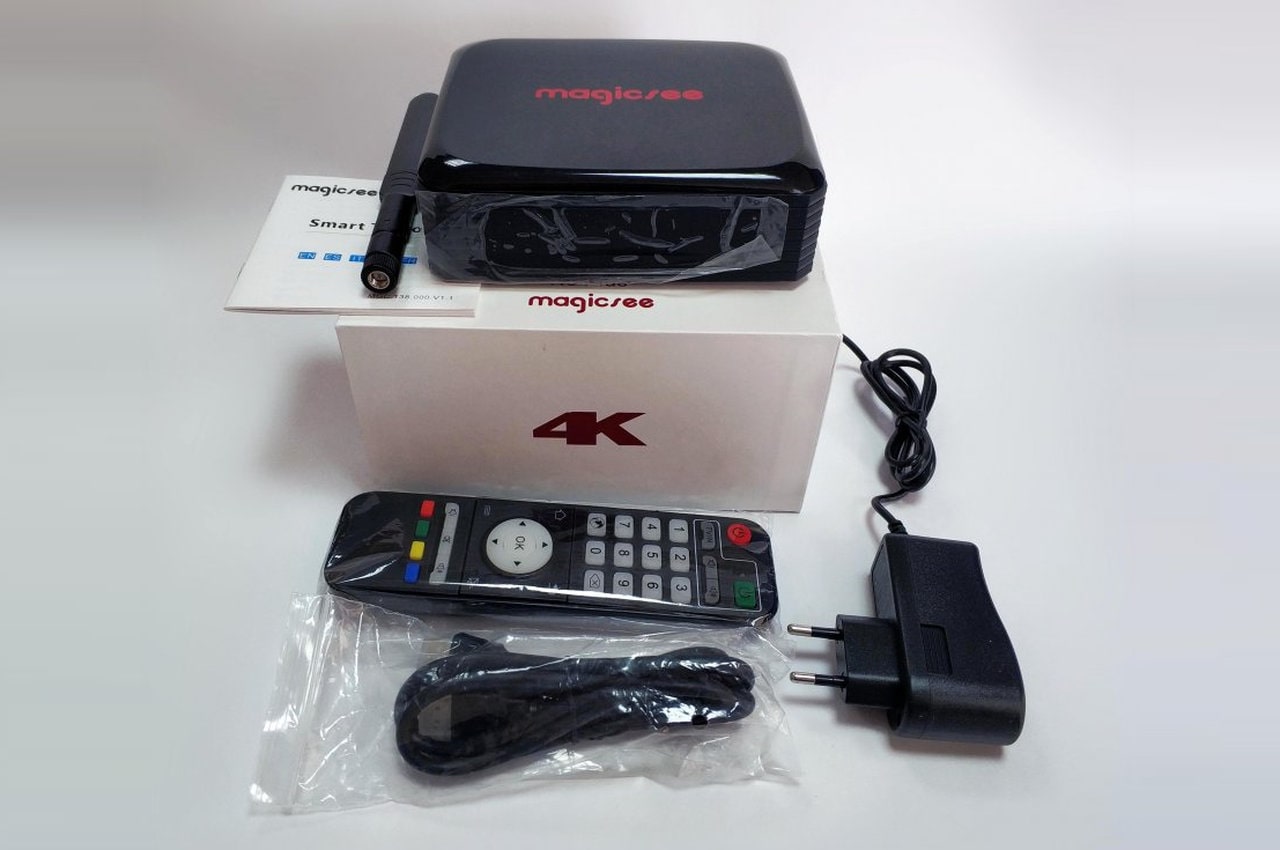 The kit includes a TV box itself, a power supply, an HDMI cable, an IR remote control, a removable Wi-Fi antenna and a brief instruction. There are no batteries for the remote control in the box.

The case of the Magicsee N5 Plus is made of plastic. Build is good. All connectors are centered. There is a cooling grid on the bottom of the structure. Also, rubberized legs are provided that exclude the sliding of the TV box on a smooth surface and improve air flow from below. On the side faces there are also ventilation holes. But they are made only at the level of the compartment for the hard drive. 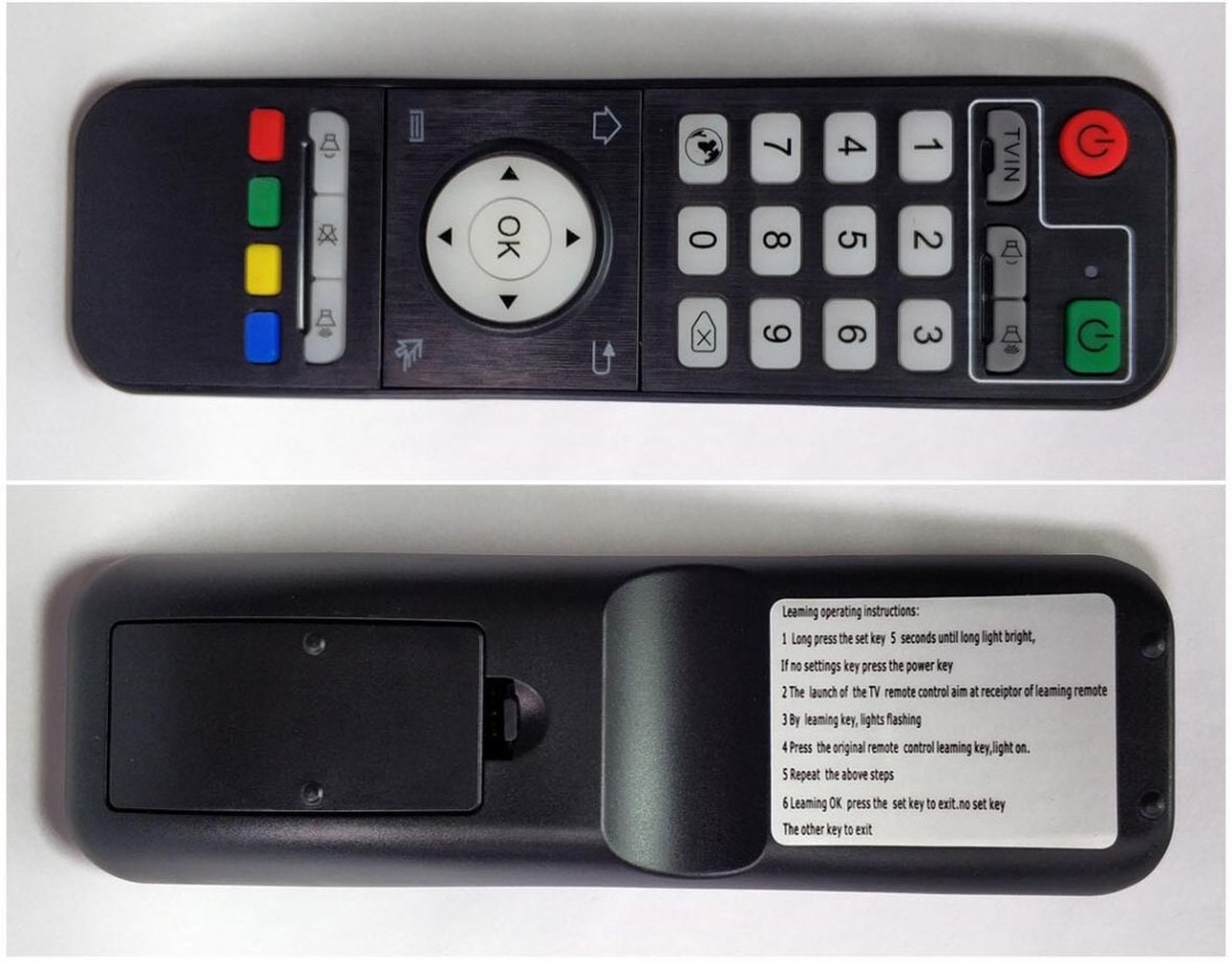 The remote control is standard and looks more like a device for a TV than for a player. The case is plastic, the buttons are rubber. It is possible to program buttons. To simplify the procedure, there is a sticker on the bottom of the remote control.

The Magicsee N5 Plus TV box has an LCD screen. The display shows the time, network type and type of connected storage medium. This is not to say that the screen adds convenience. Given that it shines too brightly and does not carry useful information.

Functionality of the Magicsee N5 Plus

The ability to install an 2.5 inch form factor inside an SSD or HDD is really good. Simple and quick installation, even a child can handle it. The player, when turned on, easily detects the screw, without any settings. The interface is for the SATAIII drive, but, during testing, a nuisance was discovered. The TV box does not work with files as fast as the standard requires. The reason lies in the eMMC Flash chip. Its data transfer rate is limited to 45 megabytes per second. That is, for the console it is not necessary to look for expensive screws that can produce high data transfer speeds. 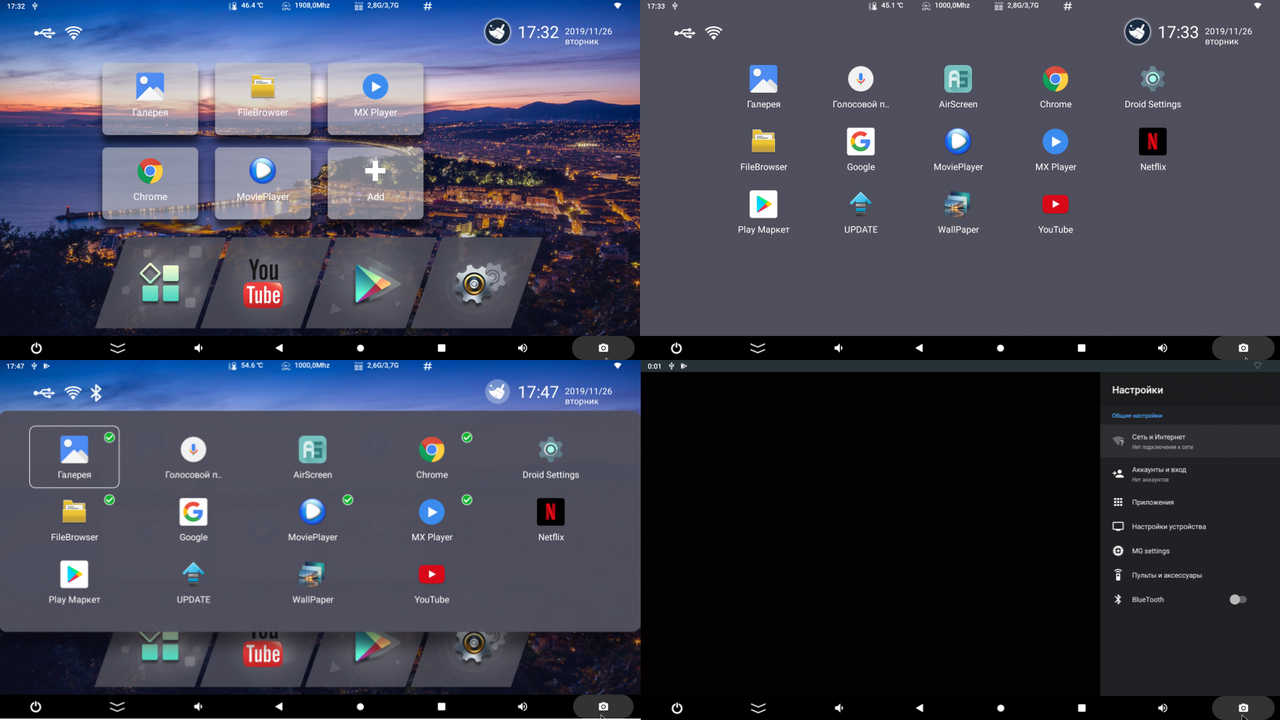 TV box has a built-in shell. Distantly, it resembles the Ugoos interface. There are no curtains and the lower control panel is not editable. But, in general, the control is convenient, both with the remote control and the mouse. There is Root access, expanding the functionality for managing the console.

Of the advantages - the console supports all video formats in 4K broadcast from a torrent, YouTube, IPTV or storage device. Perfectly decodes sound in different applications and pulls all the toys. But allows trotting. Moreover, not only in games, but even when watching videos from Youtube. The problem is cooling. 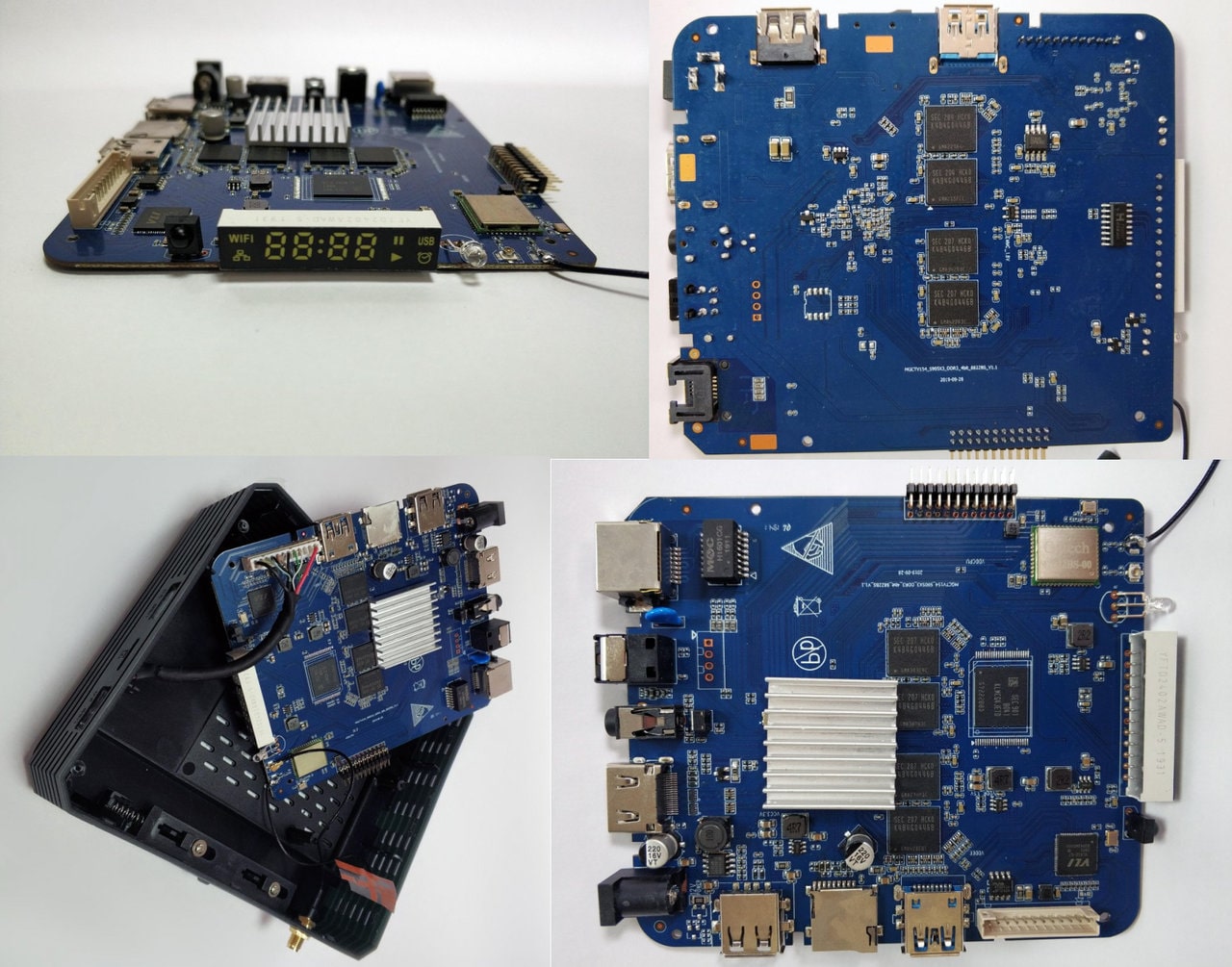 The manufacturer greedy on the radiator. An aluminum plate alone is not enough to support chip cooling. As a result, the Magicsee N5 Plus TV box easily heats up to 75 degrees Celsius. Hence the friezes in games, the inhibition when viewing 4K content. There are two ways to fix this situation: 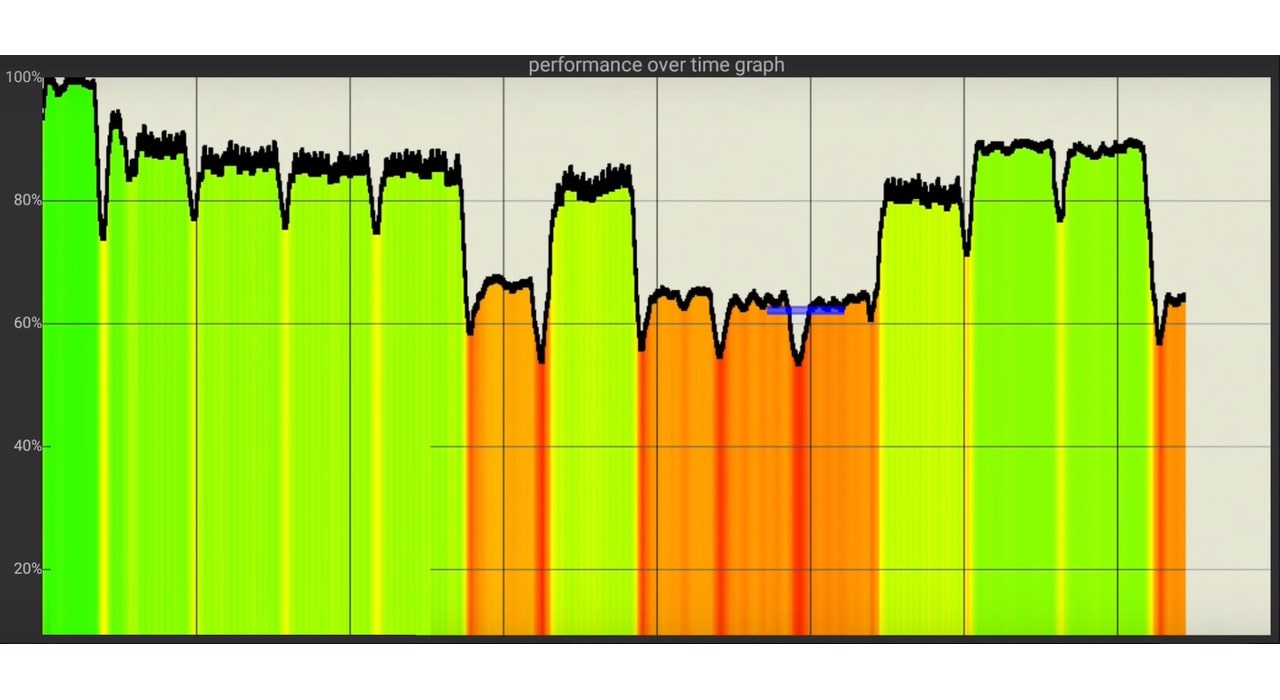 As a result, an interesting and inexpensive player with excellent functionality, which, due to overheating, cannot function normally. Such a device is suitable for people who know how to "finish" the technique on their own. You will have to disassemble, add heat sink plates and mount the fan. As an option, install the console in a special cooling rack. Limiting the performance of a TV box using a program is not an option. The meaning of trimming the capabilities of the chip? Or you have to look for the buyer another TV box.

Intel Socket 1200: what are the future prospects