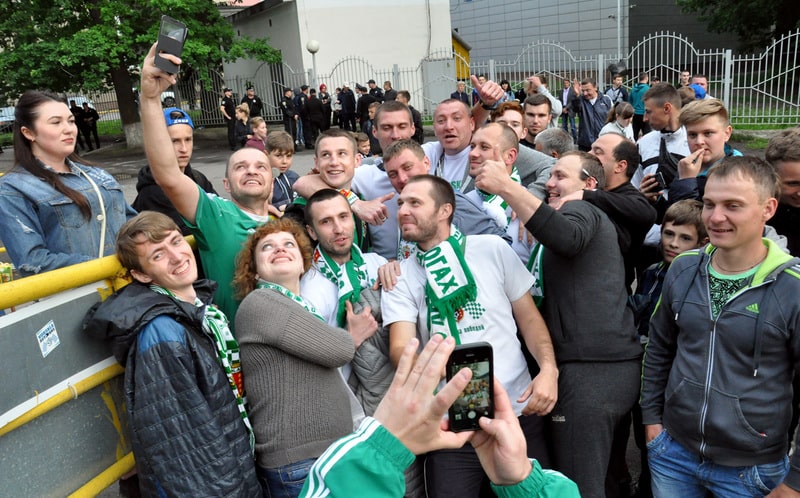 Poltava fans of FC Vorskla seriously framed Ukrainian football players in the international sports arena. At a football match with Desna in Poltava, fans showed up in T-shirts that depict a portrait of Adolf Hitler. 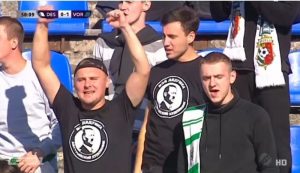 “My grandfather is an Austrian artist” - the fans say on the T-shirt with a portrait of the leader of Nazi Germany during the 2 World War. Fans immediately fell into the lens of television cameras, and photos and videos of symbols forbidden in Ukraine fell into all the world media. 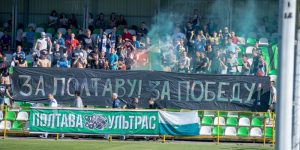 The match at the stadium ended with the victory of Poltava with the score 2: 0. But the players have no joy, since FC is under the gun of the UEFA disciplinary committee, which plans to impose sanctions on the club. More recently, due to the activity of fans who used pyrotechnics at the stadium, the Ukrainian side fell to 35 thousand Euros of a fine.

Apparently, Poltava fans wanted to once again “hit in the breath” to Ukrainian football. It is hoped that the fans will not throw new tricks in the Europa League, where the “Vorskla” will have to fight with the Portuguese “Sporting”.

The best gift for a cyclist - WEST BIKING

Notebook VAIO SX12 claims to compete with the MacBook